The smash and vertical passing concepts are formidable additions to our Pro-Gun Spread building block series. Catch up on the other posts for this offensive formation here:

The Smash Concept is one of the popular passing concepts to incorporate into your offense. In this video, Coach Jarrett Troxler from Massillon Washington HS (OH) outlines the route concept for the WRs and the read responsibilities of the Quarterback.

With a 1 high safety defensive formation, the quarterback's priority is to identify the defensive coverage. With 1 high safety, the options are Man or Cover 3 for the defense. Some indicators for the Quarterback are noticing whether the cornerback is playing tight or loose to the line of scrimmage, and recognizing whether the cornerback is square in his stance or angled to the line of scrimmage. Another indicator is the cornerback using a bail technique prior to the snap of the ball. These three indicators can help the Quarterback determine the coverage quicker. The reads are simple once the quarterback has made that determination. If it's Cover 3, you want to look off the safety to a predetermined side and attack the seams. If it is man coverage, you want to take the best matchup for your Receivers.

With Cover 2, the outside Wide Receivers’ responsibility is to run a vertical route to the bottom of the numbers. The inside Wide Receivers will run vertical routes, 1 yard outside of the hash marks. This will force the safeties to defend the inside routes, leaving the outside of the field open for the outside Receivers. The Quarterback must determine what the Safeties are doing pre-snap to identify what route will most likely be open. If the safeties rotate to a 1 high safety look, this signifies a Cover 3 look. In that case, the Quarterback has the option to look for the seam route by the Wide Receiver.

The Quarterback’s primary read on this play is the trail post route. If one of the Safeties rotates, then the Trail Wide Receiver knows to transform his route, from a post to a dig to stay in from of the middle third deep safety. If all deep options are covered, the Quarterback has his check-down route in the hitch available for a short gain.

The difference on this route is on the backside and allows you to attack a safety that is overaggressive in attacking the corner route. Smash Skinny Route Tag informs the inside Wide Receiver to the left (H Wide Receiver) that he will execute a double move at the top of his route. He will begin to do the normal corner route; however, he will break back inside to do a skinny post. The goal here is to get the safety to overcommit and leave the middle of the field open for a short pass from the quarterback.

The Quarterback’s primary read on this play is the skinny route. If one of the Safeties rotates, and it becomes a Cover 3 coverage, then the Quarterback can check down to the backside hitch ran by the “X” Outside Wide Receiver for a short gain. 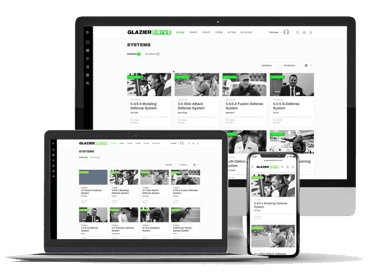